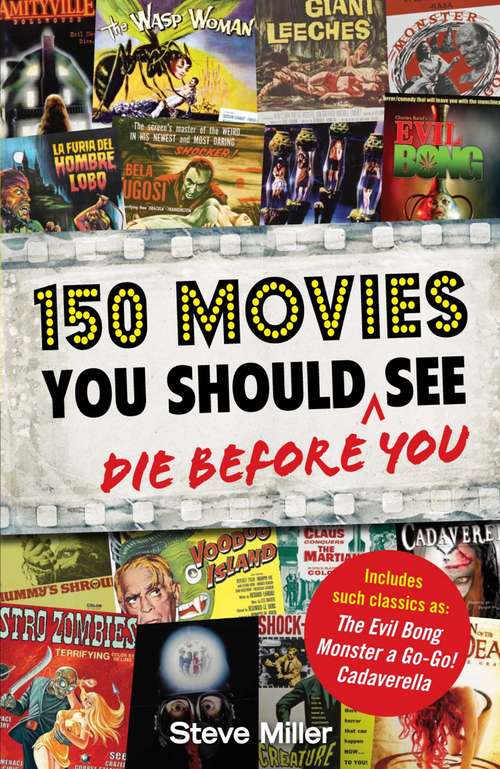 Sure, everyone's seen The Rocky Horror Picture Show, The Texas Chain Saw Massacre, and Attack of the Killer Tomatoes. But as you'll learn in this shockingly tasteless collection of great awful movies, there's so much more to the world of truly bad film. You'll dive into the steaming swamp of such disastrously delicious movies as:Young Hannah, Queen of the VampiresPuppet Master versus Demonic ToysCreature with the Atom BrainCannibal HolocaustJesus Christ, Vampire Hunter For each movie, film buff and reviewer Steve Miller includes a list of principal cast, director, producer, a plot overview, why the movie sucked, a rating, choice quotes, interesting trivia, and a quiz.For anyone who's ever enjoyed awful movies, this is the book to have on the couch, along with the popcorn, as the opening credits flash on the screen for Gingerdead Men 2: The Passion of the Crust.