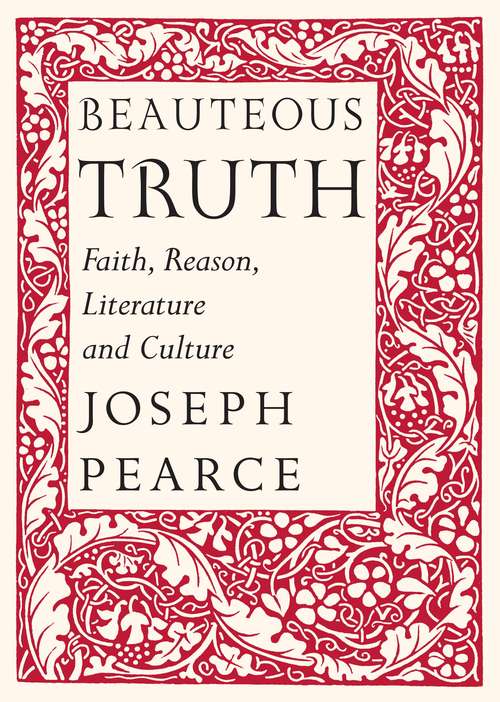 For those, like myself, who have enjoyed and greatly benefitted from reading the essays of Joseph Pearce, published in a variety of venues, especially as editorials in the Saint Austin Review, but who have not practically been able to save them in an effective way for future consultation and reflection, the present volume is indeed a great gift. For those who are not familiar with the essays of Joseph Pearce, the volume represents a treasure of the most solid Catholic thought on important aspects of culture, both historical and contemporary, especially as it expresses itself through literature. Joseph Pearce has a remarkable gift of writing about history, literature, and culture in general. His writing is objective and accessible, that is, it shows his steadfast attention to the truth and to language which manifests the same truth in its inherent beauty or natural attractiveness. The fifth essay in this collection, "History Revisited," for instance, is a sterling example of his gift for such writing. The essays of Joseph Pearce reveal his profound understanding of reason and faith, of classical realist philosophy and Catholic doctrine, which permits him to write about history, literature, and culture in general with an unfailing attention to the objective reality of God and of His earthly creation, that is, of man and of the world.