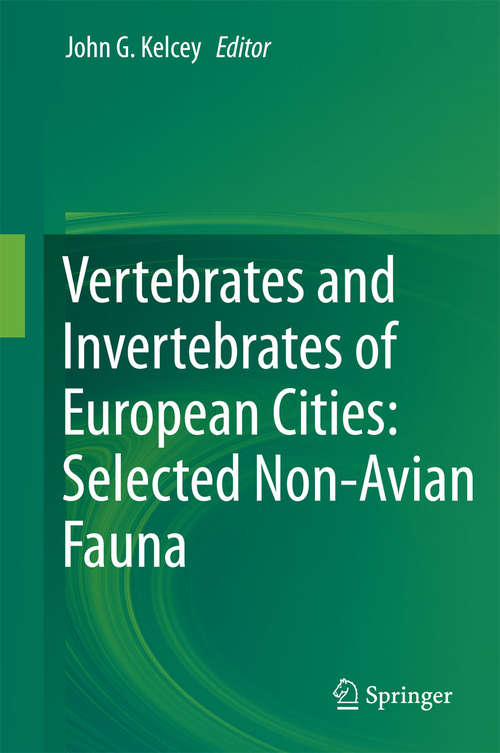 Vertebrates and Invertebrates of European Cities: Selected Non-Avian Fauna is the first known account of the vertebrate and invertebrate fauna of several cities in Europe and throughout the rest of the world. It excludes birds, which are described in a companion volume. The book contains eleven chapters about nine cities distributed throughout Europe. The chapters start with the history of the cities, which is followed by a description of the abiotic features such as geology, climate, air and water quality and then a brief account of the habitats. The vertebrate chapters describe the fish, amphibians, reptiles and mammals that are known to occur in each city together with their status and the habitats in which they occur, for example housing, industrial areas, parks, transport routes and rivers. The invertebrate chapters contain an account of the presence, status and habitats occupied by 6 - 8 of the major invertebrate groups including butterflies, dragonflies and damselflies, crickets and grasshoppers, beetles, molluscs, spiders, mites and springtails. This volume has been written and edited to be accessible to a wide range of interests and expertise including academic biologists, urban ecologists, landscape architects, planners, urban designers, undergraduates, other students and people with a general interest in natural history (especially cities) - not only in Europe but throughout the world.