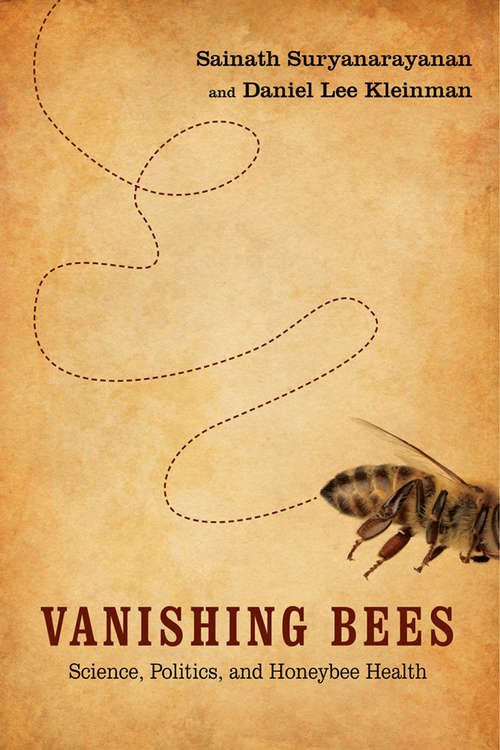 In 2005, beekeepers in the United States began observing a mysterious and disturbing phenomenon: once-healthy colonies of bees were suddenly collapsing, leaving behind empty hives full of honey and pollen. Over the following decade, widespread honeybee deaths--some of which have come to be called Colony Collapse Disorder (CCD)--have continued to bedevil beekeepers and threaten the agricultural industries that rely on bees for pollination. Scientists continue to debate the causes of CCD, yet there is no clear consensus on how to best solve the problem. Vanishing Bees takes us inside the debates over widespread honeybee deaths, introducing the various groups with a stake in solving the mystery of CCD, including beekeepers, entomologists, growers, agrichemical companies, and government regulators. Drawing from extensive interviews and first-hand observations, Sainath Suryanarayanan and Daniel Lee Kleinman examine how members of each group have acquired, disseminated, and evaluated knowledge about CCD. In addition, they explore the often-contentious interactions among different groups, detailing how they assert authority, gain trust, and build alliances. As it explores the contours of the CCD crisis, Vanishing Bees considers an equally urgent question: what happens when farmers, scientists, beekeepers, corporations, and federal agencies approach the problem from different vantage points and cannot see eye-to-eye? The answer may have profound consequences for every person who wants to keep fresh food on the table.