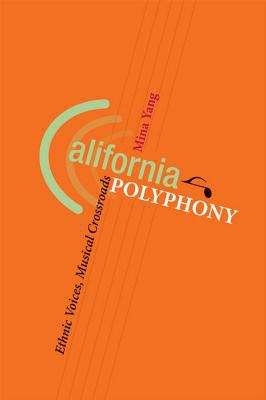 What does it mean to be "Californian"? California Polyphony: Ethnic Voices, Musical Crossroads suggests an answer that lies at the intersection of musicology, cultural history, and politics. Consisting of a series of musical case studies of major ethnic groups in California, this book approaches the notion of Californian identity from diverse perspectives, each nuanced by class, gender, and sexuality.

In the early twentieth century, the concept of the Pacific Rim and an orientalist fascination with Asian music and culture dominated the popular imagination of white Californians, influencing their interactions with the Asian Other. Several decades later, as tensions rose between the Los Angeles Police Department and the African American community, the once-thriving jazz and blues nightclub scene of 1940s Central Avenue became a primary target for law enforcement's anti-vice crusade. The reactionary nature of the musical scores for Hollywood's noir films of the World War II and postwar eras negotiated the perceived demise of white female sexuality in the face of black culture and urban corruption. Mina Yang also considers Mexican Americans' conflicted assimilation into the white American mainstream from the early 1900s through the 1970s, as well as contemporary Korean Americans' struggles to express their cultural and national identities through hip-hop, a genre usually associated with African Americans.

According to Yang, there has never been a straightforward definition of "Californian." This most populous and most affluent state in the Union has been setting musical and cultural trends for decades, and Yang's study thoughtfully illuminates the multiculutral nature of its musics.