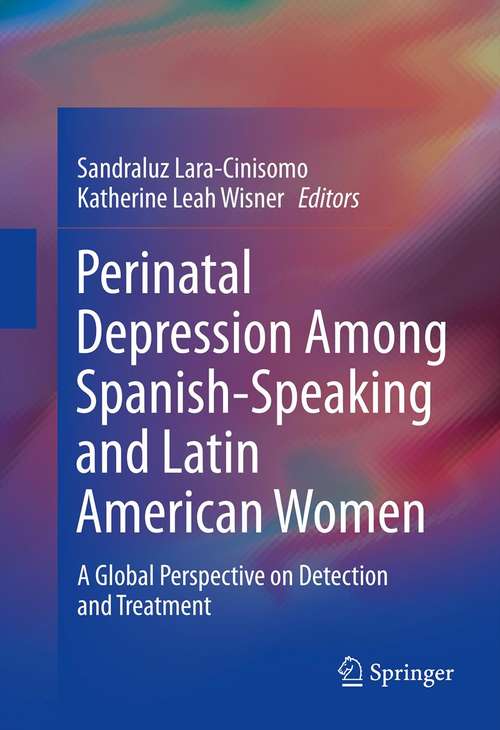 A Global Perspective on Detection and Treatment

As more is known about postpartum depression, the more it is recognized as a global phenomenon. Yet despite the large numbers, information about this condition as experienced by Spanish speaking women and Latinas has not always been easy to come by.

Perinatal Depression among Spanish-Speaking and Latin American Women focuses on four diverse Latina populations (Mexico, Chile, Spain, and U.S.) to analyze key similarities and differences within this large and wide-ranging group. This first-of-its-kind reference reviews current research on the topic, including prevalence, screening methods, interventions, and--of particular salience for this population--barriers to care.

Findings on psychoeducation, assessment tools, and cognitive-behavioral and other forms of therapy provide important insights into best practices, and continuity of care. And psychosocial, cultural, and linguistic considerations in working with Latinas are described in depth for added clinical usefulness. This landmark volume:

Between its thorough coverage of the issues and its innovative clinical ideas, Perinatal Depression among Spanish-Speaking and Latin American Women has a wealth of information of interest to researchers and practitioners in maternal and child health, obstetrics/gynecology, mental health, and women's health.