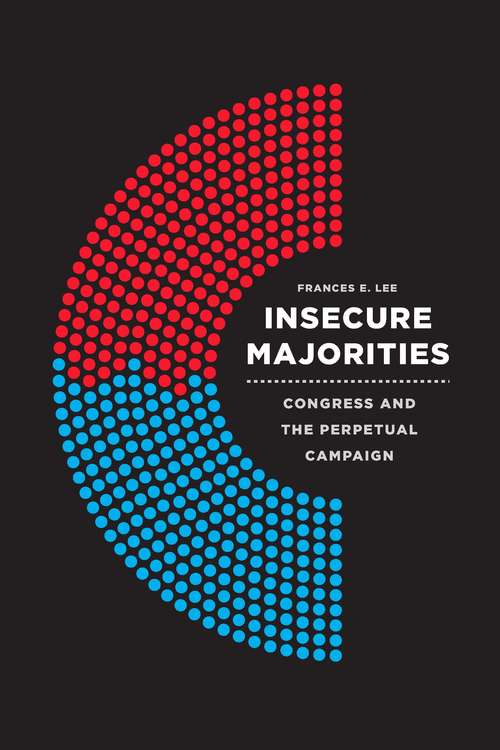 As Democrats and Republicans continue to vie for political advantage, Congress remains paralyzed by partisan conflict. That the last two decades have seen some of the least productive Congresses in recent history is usually explained by the growing ideological gulf between the parties, but this explanation misses another fundamental factor influencing the dynamic. In contrast to politics through most of the twentieth century, the contemporary Democratic and Republican parties compete for control of Congress at relative parity, and this has dramatically changed the parties' incentives and strategies in ways that have driven the contentious partisanship characteristic of contemporary American politics.

With Insecure Majorities, Frances E. Lee offers a controversial new perspective on the rise of congressional party conflict, showing how the shift in competitive circumstances has had a profound impact on how Democrats and Republicans interact. For nearly half a century, Democrats were the majority party, usually maintaining control of the presidency, the House, and the Senate. Republicans did not stand much chance of winning majority status, and Democrats could not conceive of losing it. Under such uncompetitive conditions, scant collective action was exerted by either party toward building or preserving a majority. Beginning in the 1980s, that changed, and most elections since have offered the prospect of a change of party control. Lee shows, through an impressive range of interviews and analysis, how competition for control of the government drives members of both parties to participate in actions that promote their own party's image and undercut that of the opposition, including the perpetual hunt for issues that can score political points by putting the opposing party on the wrong side of public opinion. More often than not, this strategy stands in the way of productive bipartisan cooperation--and it is also unlikely to change as long as control of the government remains within reach for both parties.

Copyright:
2016 The University of Chicago Press