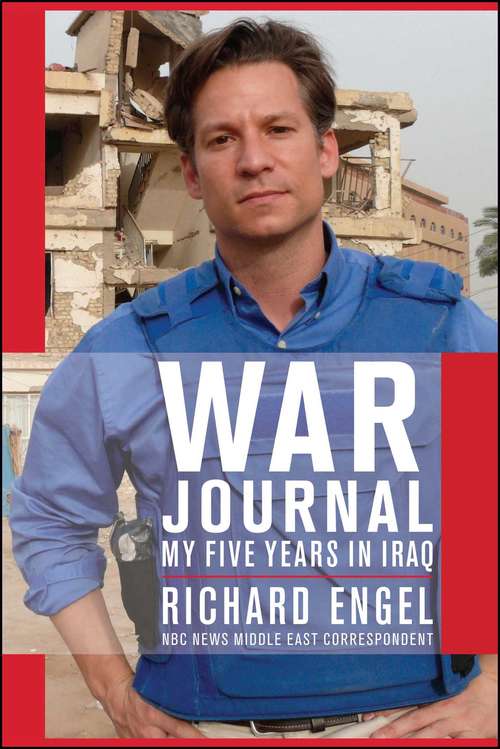 In the most dramatic and intimate account of battle reporting since Michael Herr's classic Dispatches, NBC News's award-winning Middle East Bureau Chief, Richard Engel, offers an unvarnished and often emotional account of five years in Iraq. Engel is the longest serving broadcaster in Iraq and the only American television reporter to cover the country continuously before, during, and after the 2003 U.S. invasion. Fluent in Arabic, he has had unrivaled access to U.S. military commanders, Sunni insurgents, Shiite militias, Iraqi families, and even President George W. Bush, who called him to the White House for a private briefing. He has witnessed nearly every major milestone in this long war. War Journal describes what it was like to go into the hole where U.S. Special Operations Forces captured Saddam Hussein. Engel was there as the insurgency began and watched the spread of Iranian influence over Shiite religious cities and the Iraqi government. He watched as Iraqis voted in their first election. He was in the courtroom when Saddam was sentenced to death and interviewed General David Petraeus about the surge. In vivid, sometimes painful detail, Engel tracks the successes and setbacks of the war. He describes searching, with U.S troops, for a missing soldier in the dangerous Sunni city of Ramadi; surviving kidnapping attempts, IED attacks, hotel bombings, and ambushes; and even the smell of cakes in a bakery attacked by sectarian gangs and strewn with bodies of the executed. War Journal describes a sectarian war that American leaders were late to understand and struggled to contain. It is an account of the author's experiences, insights, bittersweet reflections, and moments from his private video diary -- itself the subject of a highly acclaimed documentary on MSNBC. War Journal is the story of the transformation of a young journalist who moved to the Middle East with $2,000 and a belief that the region would be "the story" of his generation into a seasoned reporter who has at times believed that he would die covering the war. It is about American soldiers, ordinary Iraqis, and especially a few brave individuals on his team who continually risked their lives to make his own daring reporting possible.