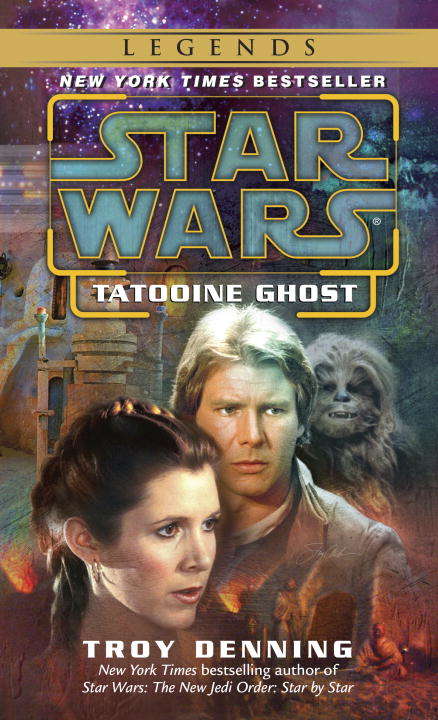 Han Solo and Leia Organa take center stage, and stunning revelations from the past play a critical role in shaping the future, as the New York Times bestselling author of Star Wars: The New Jedi Order: Star by Star now turns to a crucial chapter in the classic Star Wars saga.The deaths of Darth Vader and Emperor Palpatine, and victory at the Battle of Endor by no means spelled the end of the Empire. In the aftermath, the New Republic has faced a constant struggle to survive and grow. And now a new threat looms: a masterpiece of Alderaanian art--lost in transit after the planet's destruction--has resurfaced on the black market. Offered at auction, it will command a handsome price . . . but its greatest value lies in the vital secret it conceals--the key to a code used to communicate with New Republic agents deep undercover within the Empire. Discovery of the key by Imperial forces would spell certain disaster. The only option is recovery--and Han, Leia, Chewbacca, and C-3PO have been dispatched to Tatooine to infiltrate the auction.But trouble is waiting when they arrive: an Imperial Star Destroyer is orbiting Tatooine on the lookout for Rebels; a mysterious stranger at the auction seems to recognize Leia; and an Imperial officer's aggressive bidding for the Alderaanian painting could foil the Solos' mission. When a dispute erupts into violence, and the painting vanishes in the chaos, Han and Leia are thrust into a desperate race to reclaim it--before Imperial troops or a band of unsavory treasure-peddlers get there first.Dangerous as the chase is, for Leia it leads into especially dark territory. Already haunted by the specter of her infamous father, and fearful that his evil may infect future generations, she has suffered a disturbing Force-vision of Luke turning to the dark side. As she battles beside Han against marauding TIE fighters, encroaching stormtroopers, and Tatooine's savage Tusken Raiders, Leia's struggle with the warring emotions inside her culminates in the discovery of an extraordinary link to the past. And as long-buried secrets and truths at last emerge, she faces a moment of reckoning that will forever alter her destiny . . . and that of the New Republic.Features a bonus section following the novel that includes a primer on the Star Wars expanded universe, and over half a dozen excerpts from some of the most popular Star Wars books of the last thirty years!