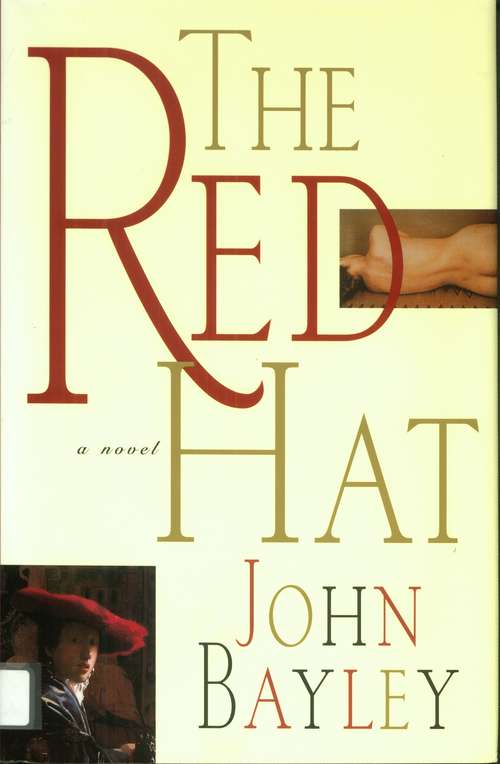 If Oscar Wilde were alive and well and writing in the 1990s, The Red Hat, by renowned critic John Bayley, is precisely the kind of playful, coyly erotic work of fiction he would have written. Set in Holland and in Provence, the first part of this elegant literary jaunt follows a trio of young Vermeer aficionados as they set forth for the Hague to see a Vermeer exhibition. What begins as a simple journey turns quickly into a cheerfully tortuous race against time when the group unwittingly--and mistakenly--becomes enmeshed in an international terrorist ring. The second part of the novel is narrated by Roland, a young man who has read the first narrator's account of the fiascos in the Hague. Setting off incognito, refusing to believe the account true, Roland searches for the original narrator, whom he expects to find living a lonely existence in a world of make-believe. As he conducts his search and the two parts begin to play off one another, The Red Hat slips between reality and fantasy, exploring the complex metaphysics of personality and art. Told by two separate narrators (the first of whom has an obscured gender), The Red Hat continues to twist and confound the reader who thinks he or she knows what will happen next. As our expectations are repeatedly built up and subsequently uprooted, an exquisitely delicious tension gathers strength, until it, too, is overturned by new developments. Constantly turning voraciously upon itself, this delightful romp refuses to be pinned down. Indeed, in the deft hands of a skilled novelist like John Bayley, nothing is what it seems to be: a book that masquerades as a noir mystery turns out to be a Moliere-like comedy of errors; a woman who is kidnapped turns out to be the wrong victim; the horny elevator man who runs the lift in the charming pension becomes a insatiable lover who may in fact be a Mossad agent; and the narrator--whose identity is revealed in the second half--becomes a slave, cheerful in bondage, refusing to return to England. Nothing ever turns out as it was supposed to be, but all is well, we are reassured, in this dashing fictional debut by one of the senior men of letters.