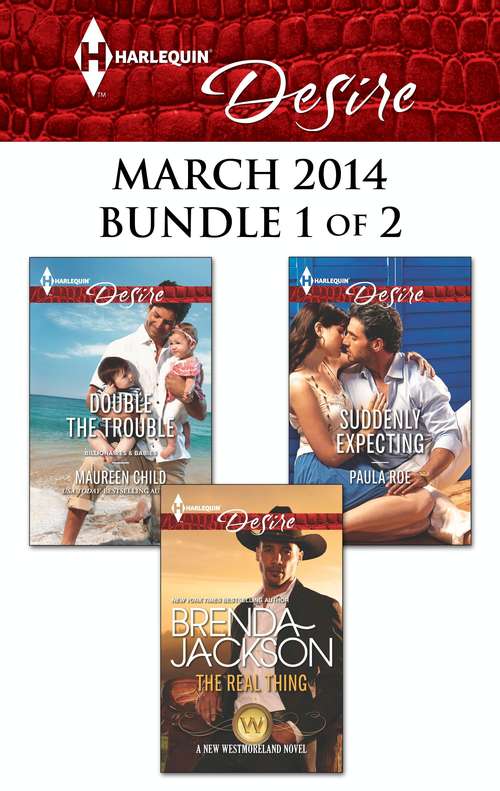 THE REAL THING: What happens when a pretend boyfriend wants more than make-believe? Find out in this Westmoreland novel from New York Times bestselling author Brenda Jackson!

No red-blooded man turns down the chance to escort gorgeous Trinity Matthews—and Adrian Westmoreland is definitely red-blooded. For her, he'll pretend to be her man. But keeping his hands to himself? That is impossible. A Westmoreland always keeps his word, but how long before Adrian turns this fake affair into something real?

When Colton King ended his impetuous marriage to Penny Oaks after just twenty-four hours, it was out of sight, out of mind. But now, more than a year later, Colton discovers Penny's huge secret—actually two little secrets: a baby boy and a baby girl.

Colton's only option is to lay claim to his twins. But soon he finds himself laying claim to Penny all over again. Now they have to ask themselves: Was their whirlwind marriage meant to last a lifetime?

The tabloids love Kat Jackson. But hunky sports star turned TV presenter Marco Correlli always had her back. Now, after a night of indiscretion, Marco has just become a key player in the Kat saga—because he's about to become the proud papa of her child.

Kat can't fathom why she slipped up and slept with her buddy. She'd always managed to resist his admittedly irresistible charms. But when he takes her to his private island to regroup, it's time to face the truth…this is way bigger than best friends!