Strangers on a Bridge 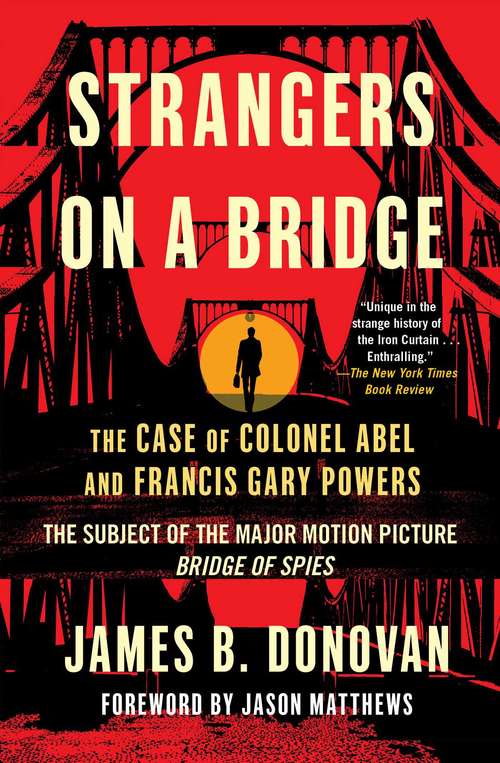 Originally published in 1964, this is the "enthralling...truly remarkable" (The New York Times Book Review) insider account of the Cold War spy exchange that is now the subject of the major motion picture Bridge of Spies by Steven Spielberg starring Tom Hanks--with a new foreword by Jason Matthews, New York Times bestselling author of Red Sparrow and Palace of Treason.In the early morning of February 10, 1962, James B. Donovan began his walk toward the center of the Glienicke Bridge, the famous "Bridge of Spies" which then linked West Berlin to East. With him, walked Rudolf Ivanovich Abel, master spy and for years the chief of Soviet espionage in the United States. Approaching them from the other side, under equally heavy guard, was Francis Gary Powers, the American U-2 spy plane pilot famously shot down by the Soviets, whose exchange for Abel Donovan had negotiated. These were the strangers on a bridge, men of East and West, representatives of two opposed worlds meeting in a moment of high drama. Abel was the most gifted, the most mysterious, the most effective spy in his time. His trial, which began in a Brooklyn United States District Court and ended in the Supreme Court of the United States, chillingly revealed the methods and successes of Soviet espionage. No one was better equipped to tell the whole absorbing history than James B. Donovan, who was appointed to defend one of his country's enemies and did so with scrupulous skill. In Strangers on a Bridge, the lead prosecutor in the Nuremburg Trials offers a clear-eyed and fast-paced memoir that is part procedural drama, part dark character study and reads like a noirish espionage thriller. From the first interview with Abel to the exchange on the bridge in Berlin--and featuring unseen photographs of Donovan and Abel as well as trial notes and sketches drawn from Abel's prison cell--here is an important historical narrative that is "as fascinating as it is exciting" (The Houston Chronicle).