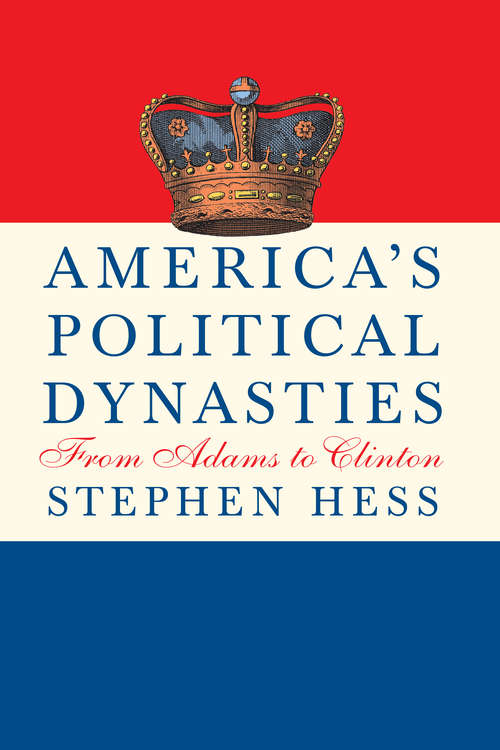 The Constitution states that "no title of nobility shall be granted by the United States," yet it seems political nobility is as American as apple pie.As Hess illustrates, while there always have been dynasties in America, they have not always been the same families: Dynasties are born and dynasties die, their rise and fall is part of the flux of a constantly changing political scene.America was founded in rebellion against nobility and inherited status. Yet from the start, dynastic families have been conspicuous in national politics. The Adamses. The Lodges. The Tafts. The Roosevelts. The Kennedys. And today the Bushes and the Clintons.Longtime presidential historian Stephen Hess offers an encyclopedic tour of the families that have loomed large over America's political history.Starting with John Adams, who served as the young nation's first vice president and earned the nickname "His Rotundity," Hess paints the portraits of the men and women who, by coincidence, connivance, or sheer sense of duty, have made up America's political elite. There are the well-known dynasties such as the Roosevelts and the Kennedys, and the names that live on only in history books, such as the Bayards (six

generations of U.S. senators) and the Breckinridges (a vice president, two senators, and six representatives).Hess fills the pages of America's Political Dynasties with anecdotes and personality-filled stories of the families who have given the United States more than a fair share of its presidents, senators, governors, ambassadors, and cabinet members.This book also tells us the stories of the Bushes and what looks to be a political dynasty in waiting, the Clintons. Emblematic of America's growing diversity, Hess also examines how women, along with ethnic and racial minorities, have joined the ranks of dynastic political families.