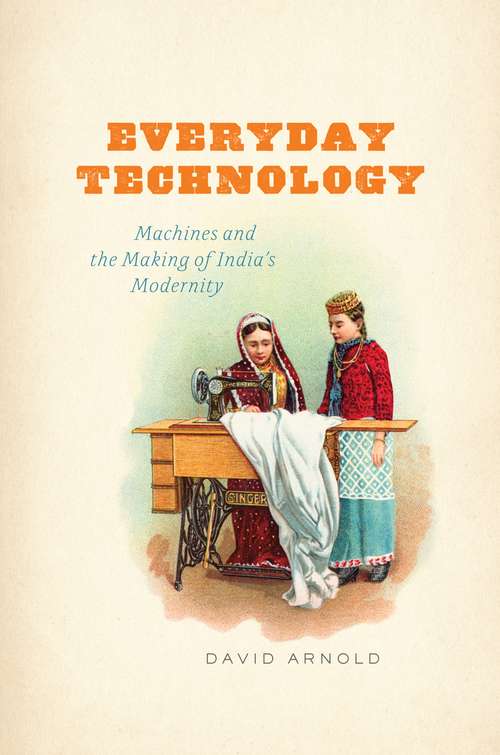 In 1909 Mohandas Karamchand Gandhi, on his way back to South Africa from London, wrote his now celebrated tract "Hind Swaraj," laying out his vision for the future of India and famously rejecting the technological innovations of Western civilization. Despite his protestations, Western technology endured and helped to make India one of the leading economies in our globalized world. Few would question the dominant role that technology plays in modern life, but to fully understand how India first advanced into technological modernity, argues David Arnold, we must consider the technology of the everyday. a"Everyday Technology" is a pioneering account of how small machines and consumer goods that originated in Europe and North America became objects of everyday use in India in the late nineteenth and early twentieth centuries. Rather than investigate OC bigOCO technologies such as railways and irrigation projects, Arnold examines the assimilation and appropriation of bicycles, rice mills, sewing machines, and typewriters in India, and follows their impact on the ways in which people worked and traveled, the clothes they wore, and the kind of food they ate. But the effects of these machines were not limited to the daily rituals of Indian society, and Arnold demonstrates how such small-scale technologies became integral to new ways of thinking about class, race, and gender, as well as about the politics of colonial rule and Indian nationhood. aArnoldOCOs fascinating book offers new perspectives on the globalization of modern technologies and shows us that to truly understand what modernity became, we need to look at the everyday experiences of people in all walks of life, taking stock of how they repurposed small technologies to reinvent their world and themselves.

Copyright:
2013 The University of Chicago Press