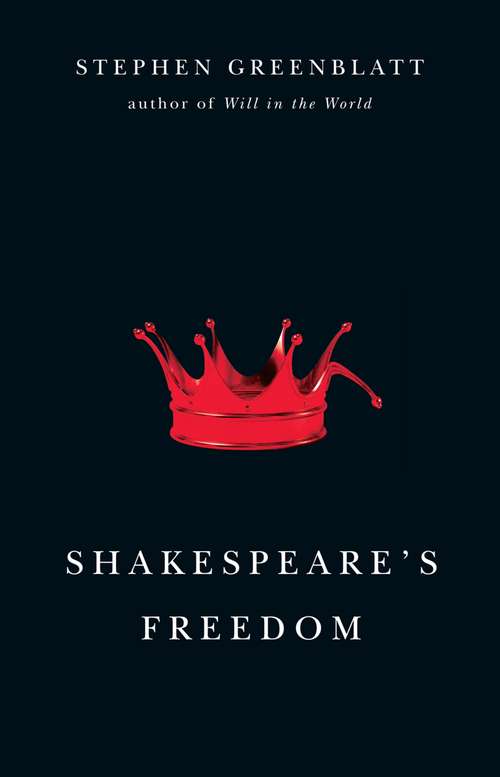 Shakespeare lived in a world of absolutes—of claims for the absolute authority of scripture, monarch, and God, and the authority of fathers over wives and children, the old over the young, and the gentle over the baseborn. With the elegance and verve for which he is well known, Stephen Greenblatt, author of the best-selling Will in the World, shows that Shakespeare was strikingly averse to such absolutes and constantly probed the possibility of freedom from them. Again and again, Shakespeare confounds the designs and pretensions of kings, generals, and churchmen. His aversion to absolutes even leads him to probe the exalted and seemingly limitless passions of his lovers. Greenblatt explores this rich theme by addressing four of Shakespeare’s preoccupations across all the genres in which he worked. He first considers the idea of beauty in Shakespeare’s works, specifically his challenge to the cult of featureless perfection and his interest in distinguishing marks. He then turns to Shakespeare’s interest in murderous hatred, most famously embodied in Shylock but seen also in the character Bernardine in Measure for Measure. Next Greenblatt considers the idea of Shakespearean authority—that is, Shakespeare’s deep sense of the ethical ambiguity of power, including his own. Ultimately, Greenblatt takes up Shakespearean autonomy, in particular the freedom of artists, guided by distinctive forms of perception, to live by their own laws and to claim that their creations are singularly unconstrained. A book that could only have been written by Stephen Greenblatt, Shakespeare’s Freedom is a wholly original and eloquent meditation by the most acclaimed and influential Shakespearean of our time.

Copyright:
2010 The University of Chicago Press