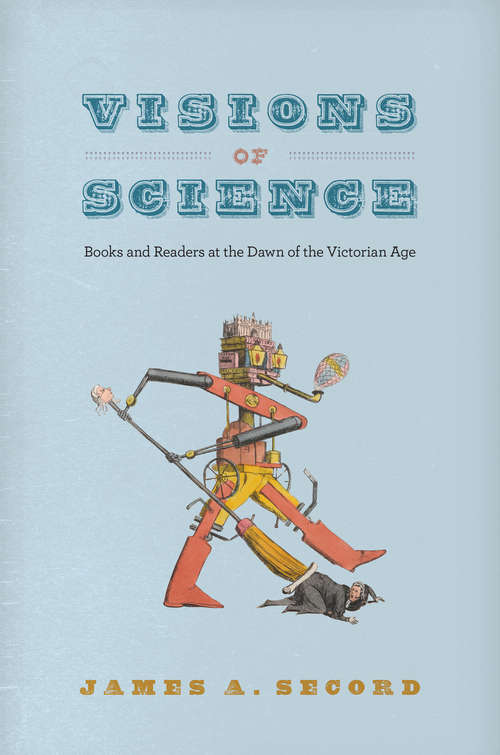 The first half of the nineteenth century witnessed an extraordinary transformation in British political, literary, and intellectual life. There was widespread social unrest, and debates raged regarding education, the lives of the working class, and the new industrial, machine-governed world. At the same time, modern science emerged in Europe in more or less its current form, as new disciplines and revolutionary concepts, including evolution and the vastness of geologic time, began to take shape.                      In Visions of Science, James A. Secord offers a new way to capture this unique moment of change. He explores seven key books--among them Charles Babbage’s Reflections on the Decline of Science, Charles Lyell’s Principles ofGeology, Mary Somerville’s Connexion of the Physical Sciences, and Thomas Carlyle’s Sartor Resartus--and shows how literature that reflects on the wider meaning of science can be revelatory when granted the kind of close reading usually reserved for fiction and poetry. These books considered the meanings of science and its place in modern life, looking to the future, coordinating and connecting the sciences, and forging knowledge that would be appropriate for the new age. Their aim was often philosophical, but Secord shows it was just as often imaginative, projective, and practical: to suggest not only how to think about the natural world but also to indicate modes of action and potential consequences in an era of unparalleled change.                         Visions of Science opens our eyes to how genteel ladies, working men, and the literary elite responded to these remarkable works. It reveals the importance of understanding the physical qualities of books and the key role of printers and publishers, from factories pouring out cheap compendia to fashionable publishing houses in London’s West End. Secord’s vivid account takes us to the heart of an information revolution that was to have profound consequences for the making of the modern world.