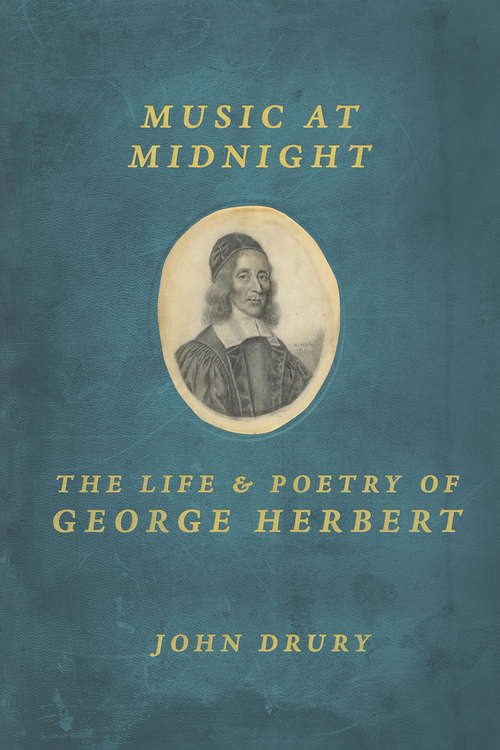 Though he never published any of his English poems during his lifetime, George Herbert (1593-1633) is recognized as possibly the greatest religious poet in the language. Few English poets of his age still inspire such intense devotion today. In this richly perceptive biography, John Drury for the first time integrates Herbert’s poems fully into his life, enriching our understanding of both the poet’s mind and his work.   As Drury writes in his preface, Herbert lived "a quiet life with a crisis in the middle of it. ” Drury follows Herbert from his academic success as a young man, seemingly destined for a career at court, through his abandonment of those hopes, his devotion to the restoration of a church in Huntingdonshire, and his final years as a country parson. Because Herbert’s work was only published posthumously, it has always been difficult to know when or in what context Herbert wrote his poems. But Drury skillfully places readings of the poems into his narrative at biographically credible moments, allowing us to appreciate not only Herbert’s frame of mind while writing, but also the society that produced it. A sensitive critic of Herbert’s poems as well as a theologian, Drury does full justice to the spiritual dimension of Herbert’s work. In addition, he reveals the occasions of sorrow, happiness, regret, and hope that Herbert captured in his poetry and that led T. S. Eliot to write, "What we can confidently believe is that every poem . . . is true to the poet’s experience. ”   Painting a picture of a man torn between worldly ambition and spiritual life, Music at Midnight is an eloquent biography that breathes new life into some of the greatest English poems ever written.