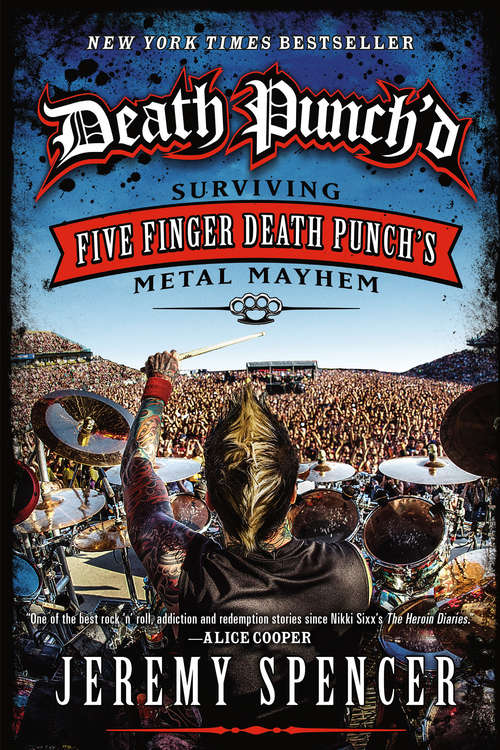 A fascinating inside account of one of the most successful heavy metal bands of the past decade and a revealing personal journey through the wild highs and terrifying lows of rock 'n' roll from the cofounder of Five Finger Death Punch, Jeremy Spencer"Everything, including success, comes with a price."Hailed by the New York Times as "one of the most unexpectedly consistently popular bands," Five Finger Death Punch has become the heavyweight champ of the metal scene. In this soulful, inspiring, and entertaining memoir, Jeremy Spencer, the band's cofounder and drummer, takes us behind the scenes, on tour, and into the studio to tell the band's raucous story and his own.Death Punch'd is a detailed in-depth account of the group's origins and influences. With fierce honesty and self-deprecating playfulness, Jeremy details cutting the band's first demo and hitting the road to tour the world, providing snapshots of a life fueled by sex, booze, drugs, and a thrashing metal sound. He also reveals the fighting and tensions among highly opinionated musicians that grew increasingly out of control--battles that created both intense drama and the music fans love.In addition to pulling back the curtain on the band, Death Punch'd tells Jeremy's personal hard-charging, laugh-out-loud tale of how he left small-town Indiana with $150 in his pocket and rose to rock royalty--and how he nearly destroyed it all for a good time. Jeremy takes us back to his childhood in the eighties, introduces us to his down-to-earth family, and recalls adolescent exploits and a journey to addiction that landed him in rehab at sixteen--dangerous behavior that became bigger, bolder, and badder until Jeremy bottomed out before it was too late.Told in his unique, darkly humorous voice, filled with Jeremy's twisted take on how his rock 'n' roll dream turned nightmare, and including dozens of photos, Death Punch'd is a lively, no-holds-barred ride as well as a sincere and inspiring cautionary tale to help anyone who is struggling to battle demons and addictions of their own.