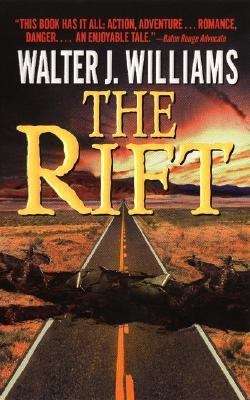 It was the U.S. Army Corps of Engineers who finally made

the Swampeast habitable. Just south of Cape Girardeau the

levee line began, to continue 2,200 miles to the Gulf of

Mexico. The levees kept the floodwaters out. During the

decades of prosperity, the farmers had forgotten the conditions

under which they had prospered were artificial.

Southeastern Missouri was as artificial as the Washington

Monument, the St. Louis Gateway Arch, or the space shuttle,

and like these, existed as a monument to the ingenuity of

humankind. The land there had been manufactured.

But that which is artificial occupies a precarious position in the world of nature. Its existence depends upon the maintenance of the conditions under which it was designed. The Mississippi River's levee system was built with the understanding

that two things would remain constant: The flood

waters would not rise much higher than they had in the past, and the land on which the levees were built would not move of its own accord. The first of these constants was violated regularly. The result was a greater commitment to reinforced levees. The second constant, the requirement that the earth not move, had not been tested.

Though such a test, as history showed, was inevitable.