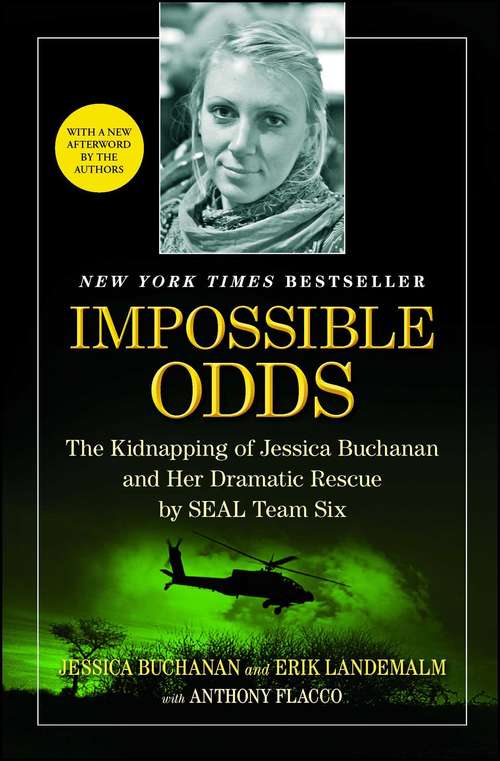 A New York Times bestseller!In 2006, twenty-seven-year-old Jessica Buchanan stepped off a plane in Nairobi, Kenya, with a teaching degree and long-held dreams of helping to educate African children. By 2009, she had met and married a native Swede named Erik Landemalm, who worked to coordinate humanitarian aid with authorities in Africa. Together the two moved from Nairobi to Somalia, and with hopes of starting a family, their future couldn't have been brighter. . . . But on October 25, 2011, Jessica and a colleague were kidnapped at gunpoint and held for ransom by a band of Somali pirates. For the next three months, Jessica was terrorized by more than two dozen gangsters, held outdoors in filthy conditions, and kept on a starvation diet while her health steadily deteriorated. Negotiations for ransom dragged on, and as the ordeal stretched into its third month, the captors grew increasingly impatient. Every terrifying moment Jessica Buchanan spent suffering in captivity was matched by that of her adoring husband working behind the scenes to deal with her captors. After ninety-three days of fruitless negotiations, and with Jessica's medical state becoming a life-or-death issue, President Barack Obama ordered Navy SEAL Team Six to attempt a rescue operation. On January 25, 2012, just before the president delivered his State of the Union speech, the team of twenty-four SEALs, under the cover of darkness, attacked the heavily armed hostiles. They killed all nine with no harm to the hostages, who were quickly airlifted out on a military rescue helicopter. In riveting detail, this book chronicles Jessica and Erik's mutual journey during those torturous months. Together they relate the events prior to the kidnapping, the drama of Jessica's fight to stay alive, and Erik's efforts to bolster and support the hunt for her while he acted as liaison between their two families, the FBI, professional hostage negotiators, and the United States government. Both a testament to two people's courage and a nail-biting look at a life-or-death struggle, this is a harrowing and deeply personal story about their triumph over impossible odds.