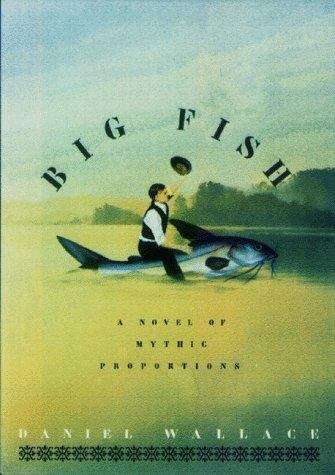 Edward Bloom is dying, and his son William still doesn't know him. He knows some things about his father: Edward never missed school, even in the worst snowstorms. He could outrun anybody. He was generous. He had a way with animals. He knew every good joke ever told. He was a great salesman. A visionary. He saved lives. He knew how to court and win a woman. He was a good friend. He was an adulterer. These things William knows. But William realizes he still doesn't know his father: how he thinks, what is important to him--or who he really is. Sitting by his father's deathbed, William tries to understand the elusive Edward Bloom, the man quickly slipping from his grasp who is more interested in evading his son's questions than in answering them. In fact, Edward is most interested in running through his repertoire of classic jokes. This is his final performance, he's fading fast, and he's milking those last moments for all they're worth. Who can blame him for that? And so, as the son grows increasingly desperate to know the man about to step over permanently to the other side, he begins to make up stories. In a wonderful sleight of hand, William recreates his father's life in heroic proportions. William reconstructs Edward's life from beginning to end through a series of tales, legends, and myths; in doing so, he finds a way to understand his father's great feats and great failings, and he finds a way to say good-bye. With a mixture of humor and pathos, BIG FISH teaches us about the transformative powers of joke telling and storytelling, and one magical way of moving from life to death. A Penguin Readers Guide is included, containing an interview with the author, readers club questions, and more.