The Voice In The Suitcase 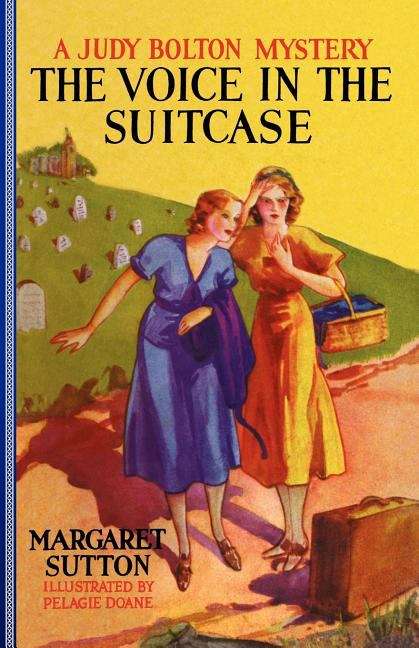 A picnic, a strange suitcase with voices from within, a surprise golden anniversary party and a friendship across the proverbial railroad tracks the Judy into her latest mystery.

Everything begins with Judy and her friends befriending a pair of hungry hobos caring a strange suitcase making very peculiar sounds resembling words. After accidentally being left behind, Judy and Honey on a man appears to be left for dead in a ditch. Now he has the strange suitcase which continues to talk to them. After dropping them off the middle of nowhere at an isolated, you would think the mystery is behind them.

However, Judy befriends two younger girls one poor, one entitled, and befriends the poor one, helping her prepare her grandparents home for a surprise golden anniversary party. Soon Judy becomes concerned, however, when it appears that an uncle may be involved in criminal activity. Come along with Judy and her friends on her next adventure!

The thirty-eight volume Judy Bolton series was written during the thirty-five years from 1932-1967. It is one of the most successful and enduring girls' series ever published. The Judy Bolton books are noted not only for their fine plots and thrilling stories, but also for their realism and their social commentary. Unlike most other series characters, Judy and her friends age and mature in the series and often deal with important social issues. To many, Judy is a feminist in the best light-smart, capable, courageous, nurturing, and always unwavering in her true beliefs; a perfect role model.