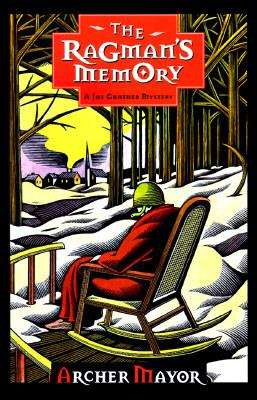 The young girl who brought Brattleboro police lieutenant Joe Gunther an old, abandoned bird nest knew it was no ordinary nest, and upon examination, Joe wasn't about to argue. Interwoven with the straw, sticks, and grass was a thick hank of human hair.

But who and where was the victim? What was the cause of death? No one in the girl's neighborhood had seen or heard anything unusual the previous summer. Then, on the floor of a nearby doghouse, and scattered throughout the woods and fields by wild animals, Gunther finds more--bone fragments, a piece of jaw, and a single glittering gold tooth, engraved with a mysterious symbol.

While this last discovery allows Joe to finally identify the victim, he is still left with more questions than answers, along with the haunting suspicion that more is yet to come. And in short order, a series of seemingly unrelated events quickly follows suit: an activist vanishes into the night without a trace...a homeless man meets a horrible death, racked by unexplainable seizures... a hateful old lady with only months left to live is strangled in a nursing home. Pursuing all these as separate cases, Gunther still cannot ignore the tenuous connections he thinks link them all together.

Searching for the truth takes Joe from the dingy lives of Brattleboro's lowlife to the imposing mansions of its leading citizens-- and into a maelstrom of corporate greed, personal betrayal, and cold-hearted murder. The key to it all lies buried in the mind of a shell-shocked World War II vet, a so-called ragman still reliving the 1940s. Gunther must find a way to unlock the ragman's memory and expose the killer... before disaster strikes again.